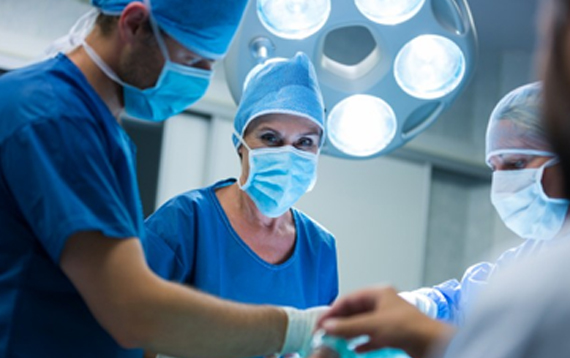 The Australian and New Zealand Intensive Care Society is the leading advocate on all intensive care related matters. ANZICS leads the world in intensive care research through its Clinical Trials Group and patient databases, including the Adult Patient Database, the Paediatric Intensive Care Registry and Critical Care Resources. The Society is devoted to all aspects of intensive care medical practice through ongoing profes​sional education, the provision of leadership in medical settings, clinical research and analysis of critical care resources.

With the success of mechanical positive pressure ventilation, the management of pulmonary diseases and complications passed from infectious diseases departments to recovery wards, with Intensive Care Units usually developing adjacent to operating rooms. The ability to prevent death from respiratory failure made a whole new range of diseases and complications amenable to treatment. Chest injuries, tetanus, barbiturate coma and post-operative respiratory failure became common conditions treated in Intensive Care Units. This new knowledge and expertise was initially spread internationally by a group of enthusiasts who communicated personally rather than through the medical journals.

The first recognisable Intensive Care Unit in Australasia was founded in Auckland, New Zealand in 1958 as the Central Respiratory Unit. This unit came under the direction of Dr Matthew Spence in late 1959 as The Respiratory Unit, Auckland Hospital. At the same time, pioneering work in Australia on the ventilatory management of critically ill patients was performed by Dr Bruce Clifton of Royal Prince Alfred Hospital in Sydney, by Dr Bryan Dwyer of St Vincent’s Hospital in Sydney and by Dr Maurice Sando of the Royal Adelaide Hospital. Dr John Forbes of the Fairfield Infectious Diseases Hospital in Melbourne had established the first respiratory unit using tank ventilators in Australia in the late 1950’s. The first respiratory unit equipped with positive pressure mechanical ventilators in Australia was established at Prince Henry Hospital in Sydney in 1961 under the direction of Dr Victor Hercus and Mr Bruce Johnson. The first general Intensive Care Unit in Australia was also established in 1961 by Dr Bryan Galbally and Dr John O’Donovan at St Vincent’s Hospital in Melbourne.

The development of cardiopulmonary resuscitation in the 1960’s increased the options for treatment, and the discovery of defibrillation and pharmacological arrhythmia control led to the development of more sophisticated monitoring equipment. A rapid proliferation of Intensive Care Units was a feature of the 1960’s. Through the 1970’s the scope of intensive care increased further, and Intensive Care Units now care for critically ill patients with a wide range of life threatening respiratory, circulatory, neural and metabolic disorders caused by trauma, sepsis and many medical, surgical and paediatric diseases.

With the increased interest in Intensive Care in Australia, part of the Australian Society of Anaesthetists (ASA) meetings was devoted to Intensive Care. When the Society’s journal “Anaesthesia and Intensive Care” commenced publication in 1973 it was suggested by those interested in Intensive Care that the Society should become the Australian Society of Anaesthesia and Intensive Care. The executive of the ASA at the time did not believe this was in the best interests of either group. Discussions amongst enthusiasts led to the conclusion that formation of a separate society including physicians, anaesthetists and surgeons was the best way to proceed. Largely through the energies of Dr Robert Wright of Sydney, a New South Wales Intensive Care Group was formed in December 1974. Subsequently a steering committee met in April 1975 and approved a provisional constitution for the Australian and New Zealand Intensive Care Society (ANZICS) and elected Dr Matthew Spence as the first president and Dr Robert Wright as secretary. The Society of Critical Care Medicine (SCCM) was formed in Victorian in November 1974 and the medical members of SCCM became the Victorian Region of ANZICS in 1978.

The first clinical meeting and Annual General Meeting of ANZICS was held in 1975 in Melbourne in association with the Royal Australasian College of Surgeons Annual Scientific Meeting. In 1975 the Faculty of Anaesthetists formed the Section of Intensive Care, and in 1976 the Section, ANZICS and the Critical Care Nurses held a combined scientific meeting in Adelaide. Subsequent Annual Scientific Meetings of ANZICS have rotated among the major cities of Australia and New Zealand, and have always been held in association with the various intensive care nursing groups.

Discussion on training in Intensive Care commenced between the Royal Australasian College of Physicians and the Faculty of Anaesthetists, Royal Australian College of Surgeons, in 1975. ANZIC strongly lobbied for a single intensive care diploma in Australasia, but differences in training schemes made this impossible, and postgraduate qualifications may be obtained through either the Faculty or the College has been maintained. The first examination in Intensive Care in the world was held by the Faculty of Anaesthetists in October 1979. Over 40 candidates have now passed this examination.

In 1980 ANZICS became a Specialist Society of the Royal Australasian College of Physicians, and Intensive Care was recognised as subspecialty of medicine and anaesthesia by the National Specialist Qualification Advisory Committee. ANZICS is now represented on several committees of the Australasian Standards Association and is an associate of the Australian Resuscitation Council.

This summary of the history of the Society has been approved by the Executive and the help of many members in its preparation is acknowledged.